The year 2021 has been dryer than previous ones in Northern California, with temperatures over 100 degrees Fahrenheit in extremely arid conditions, which all combined are causing recurring wildfires.

The Dixie Fire ignited on July 14 in an area just three hours north of Sacramento, the capital of California. Now, a month later, only 3.10% of the areas affected by the fire have been contained, with 1,173 buildings already burnt down and more than 14,000 buildings endangered. Tragically, three firefighters passed away in the line of duty, while the whereabouts of several residents are currently unknown.

Volunteers from Tzu Chi’s USA’s Northwest Region drove from San Jose and San Francisco to meet in Quincy on August 11. At the time, smoke covered the affected areas, and it was very hard to breathe. Nonetheless, the team immediately set out to assess the disaster situation and needs of those affected and began collaborating with many local charities in the relief effort.

On August 15, Tzu Chi volunteers began to hand out blankets, eco-bags, and gasoline gift cards in the spacious parking lot of a Les Schwab Tire Center in Quincy. To minimize personal contact and ensure the safety of the disaster relief team during pandemic conditions, the distribution proceeded in a drive-through fashion. By the end, Tzu Chi had provided gift cards and 130 blankets to 122 families in the area. 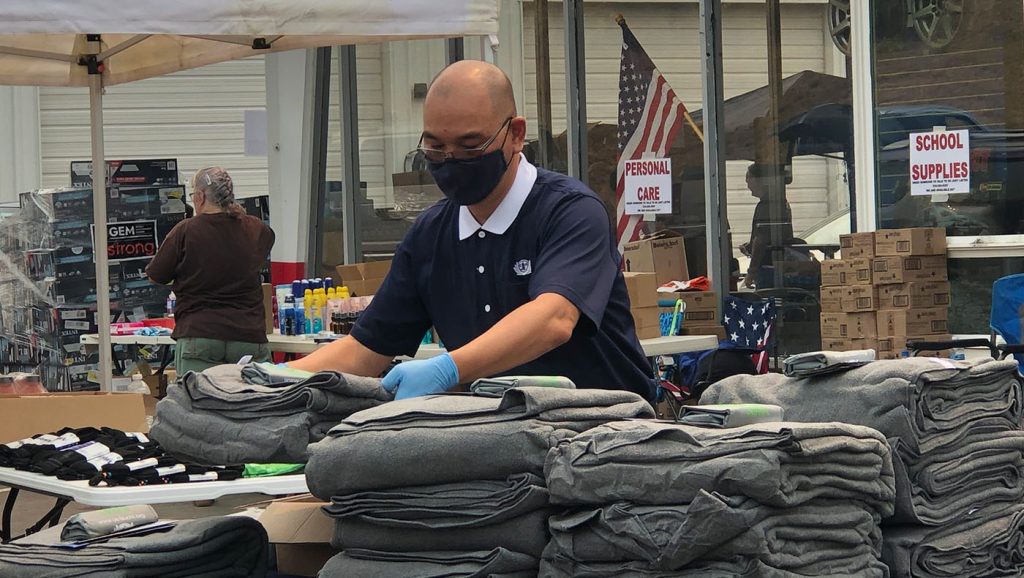 - A Streamlined And Rapid Distribution Process

The distribution took place between 11 AM and 3 PM on August 15. There were 12 volunteers from San Jose and Sacramento, who had driven for three to five hours respectively, and two from Chico. These 14 volunteers arrived at 10 in the morning to prepare for the event, exhibiting great teamwork. They seemed tireless as they unloaded hefty cases filled with blankets from the truck, radiating vitality. They took their “burdensome” task with responsibility, and their joy in helping those affected by the Dixie Fire was apparent.

The volunteers wore N95 face masks to help prevent inhalation of the toxic ashes from the fire while they distributed disaster relief supplies to the occupants of more than one hundred vehicles. The American Red Cross team leader on the scene came by to remind Tzu Chi volunteers that safety should be their priority. Tzu Chi has worked alongside the American Red Cross for many years during past emergency rescue efforts.

For this distribution event, the volunteers split into five two-person teams according to different functions as they delivered the supplies to one car after another, and everything progressed seamlessly. Team One and Two greeted the families, spoke to them about Tzu Chi’s origins, and asked them to fill out a simple form. Team Three confirmed that the information was clear and correct, while Team Four passed out Tzu Chi’s signature eco-blankets. Finally, Team Five gave out the gift cards and retrieved the completed forms, and then, with respect and piety, they bid the families farewell with best wishes for their safety and health.

It was a scorching day. The sky was an ashy grey, and the long line of cars added to the general anxiety in the fire’s aftermath. Tzu Chi volunteers witnessed families living in their vehicles by the church nearby and saw tents set up by the roadside as they passed out supplies. Thanks to their love and care as they served the stream of Dixie Fire survivors, the families appeared to recover a little.

Compassionately, the volunteers insisted on simplifying the procedures because they understood that these families had already suffered a great deal and would continue to face many difficulties in the days ahead. Wanting to distribute everything quickly without delays, they shortened the lengthy ten-page-long application form used in the past. Instead, the team used simplified forms to collect the correct information from the families to compile a list of those in need of additional gift cards soon.

The care recipient families must have felt the volunteers’ goodwill and understanding as they received the much-needed supplies. And, the aid effort inspired a few members of the community to help as well. Ryan, an eight-year-old boy,  smashed his piggy bank and used his savings to buy hand towels for children who had lost their homes in the wildfire, which he gave to the volunteers. 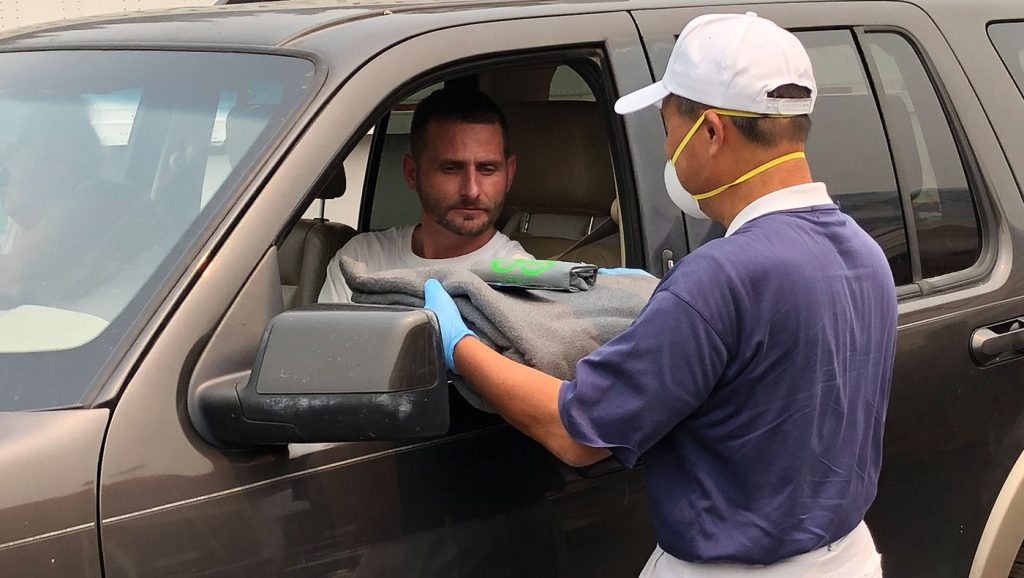 Danny Manning, currently serving at the local fire station, lives in Greenville. The Dixie Fire destroyed his town. His family and his sister’s family feel lucky enough to have been evacuated, but both lost their homes. On August 15, Danny was one of the disaster survivors who came to the distribution in Quincy to collect supplies for his family. He expressed his gratitude for the caring aid from Tzu Chi after this catastrophic fire.

Having just survived the fire, it’s been difficult to know what we need, so having this gift card helps a lot. I really appreciate the volunteers who came to help everyone in this community. We have almost nothing now, so I am very thankful that Tzu Chi and other community groups have come to help and provide us with the supplies we need. Thank you so much! 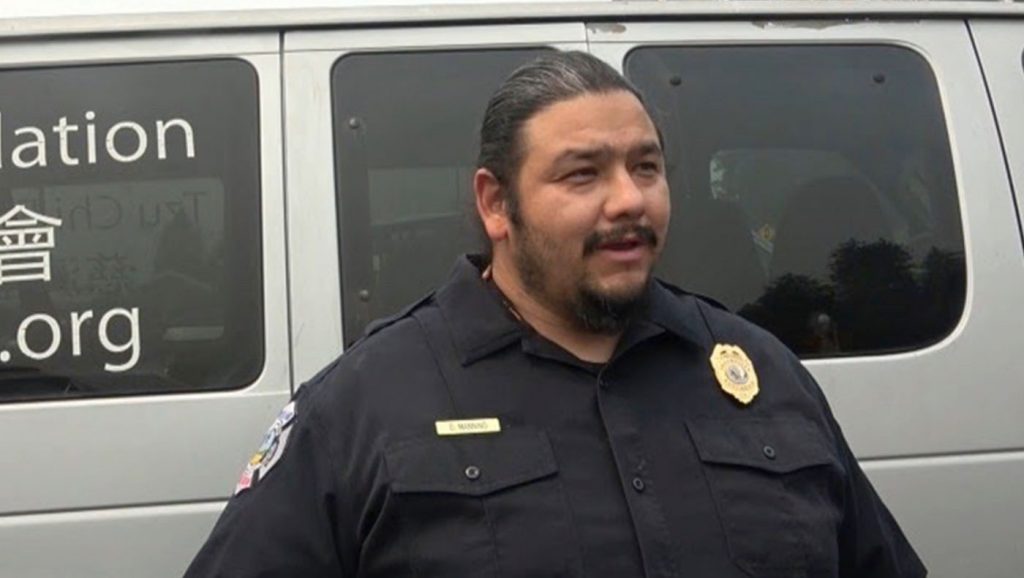