When Barbie Fortenberry found out Tzu Chi USA’s Southern Region volunteers would be going to DeQuincy, Louisiana, to hold a distribution for families affected by Hurricane Laura and Delta, she drove 3.5 hours from Wharton in Texas to DeQuincy to participate in the distribution.

Barbie’s own home incurred hurricane damage in 2017, after flooding from Hurricane Harvey’s historic rainfall. She first volunteered with Tzu Chi USA when the disaster relief team went to Wharton to provide long-term assistance and was eager to help out this time as well. 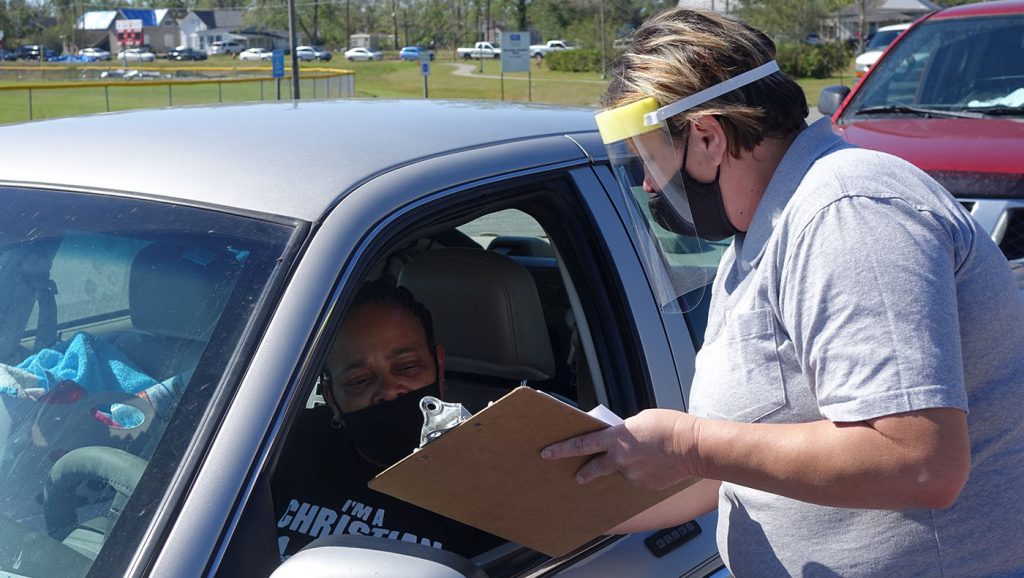 - Hurricanes Strike A Double Punch In Louisiana And Texas

In the late summer and early autumn of 2020, two hurricanes impacted the Gulf Coast of the United States, six weeks apart: First Category 4 Hurricane Laura in late August, then Hurricane Delta in early October. The same areas in southwestern Louisiana and southeastern Texas were affected, with many homes sustaining additional damage after Delta hit the region. 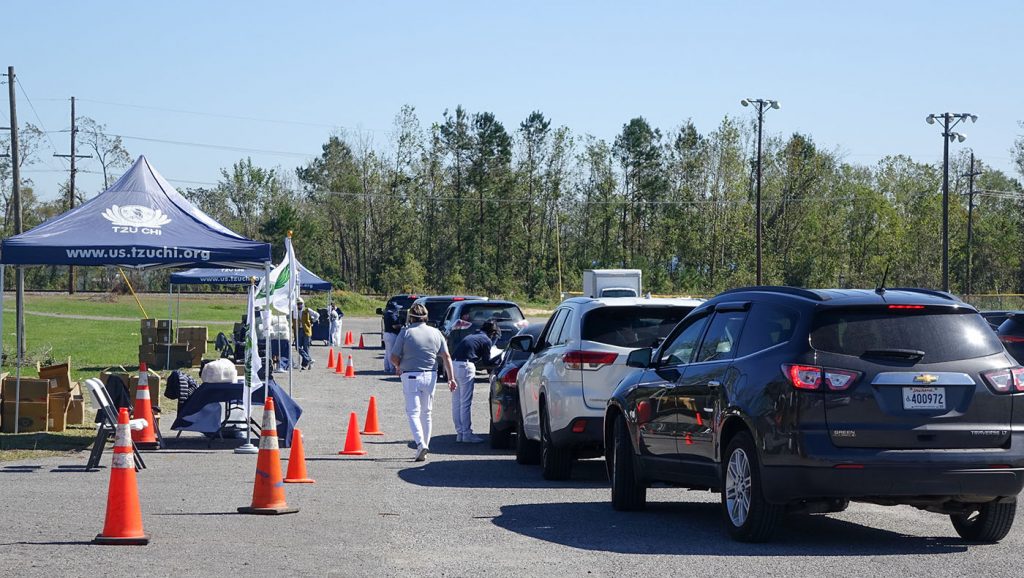 The disaster relief distribution in DeQuincy proceeds in a drive-through fashion to reduce close interpersonal contact during the pandemic. Photo/Jong Wu

A week before the distribution, Detective Jerry Bell, who once served as police chief and mayor in DeQuincy, provided a list of 314 families in need of assistance. Next, a team of 12 volunteers assembled at the Tzu Chi USA Southern Region office in Houston on October 29 to prepare 350 care packages. Each would contain six bags of Jing Si Instant Rice, two packs of Tzu Chi’s instant noodles, two Tzu Chi Journal magazines, and ten masks. The volunteers also prepared 400 eco-blankets to give away.

On the day of the distribution, 16 volunteers gathered at the Tzu Chi USA Southern Region office in Houston early in the morning, then rushed to depart and drive the 2.5-hour distance to reach DeQuincy. As they arrived at the distribution site, they could see long lines of cars waiting. More than 70 families had already arrived and queued up by 7:00 AM.

The volunteers hastened to unload the many care packages and set up for the start of the disaster aid event, only to realize that they had forgotten to bring the cash cards! The Southern Region Executive Director, Ji-En Huang, immediately contacted Scott Dyson, the administrative assistant back at the office, and urged him to deliver the cards right away.

To make up for the nerve-racking blunder resulting from haste, the volunteers decided to distribute the care packages and eco-blankets first while asking care recipients to come back at around noon to pick up their cash cards. Once they had formulated the plan, they continued to prepare for the distribution, doing their best to remain confident all would go well. 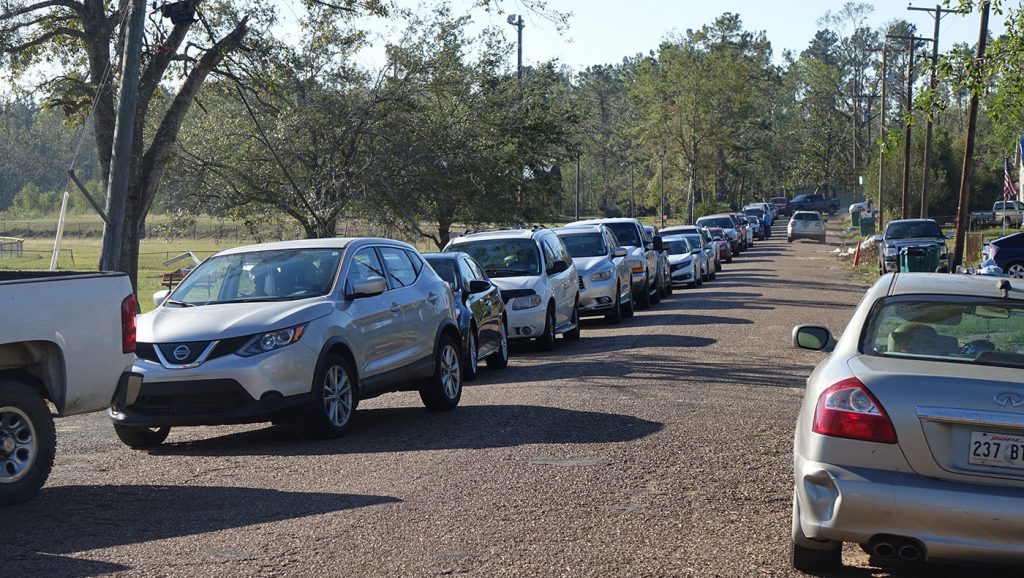 A long line of vehicles leads to the distribution site before the event's start, everyone inside the cars waiting patiently. Photo/Jong Wu

When the cash cards finally arrived at around noon according to plan, everyone could breathe a sigh of relief. As the event continued, the volunteers noticed a young lady walking back and forth near the distribution site. When they went to talk to her, they found out that she was one of the care recipients on the list but didn’t come there by car. Consequently, she wasn’t able to pick up her care package at a drive-through station. The volunteers immediately helped her fill out an intake form in order to receive disaster aid. 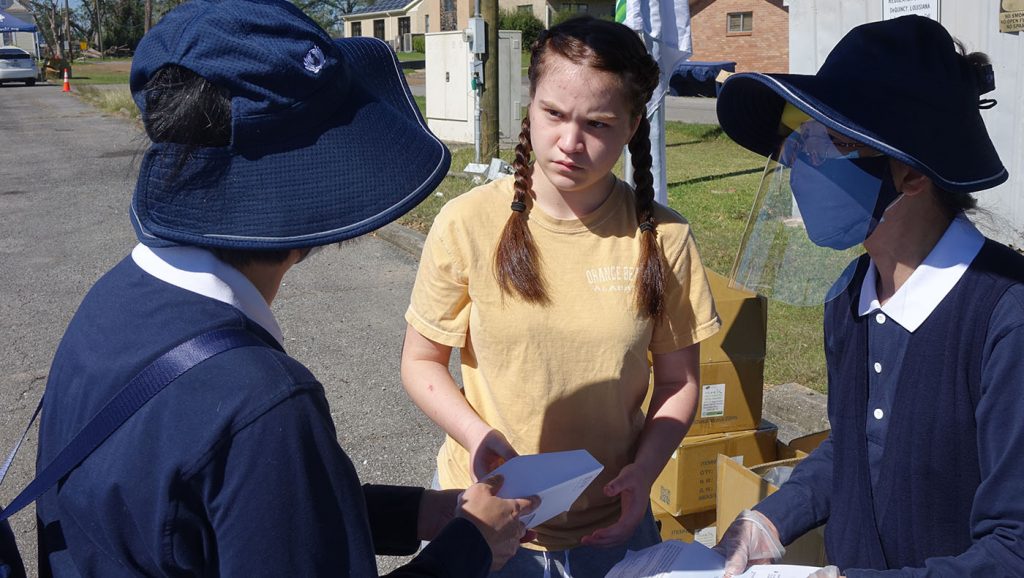 Volunteers help a young lady who arrived at the distribution site on foot. Photo / Jong Wu 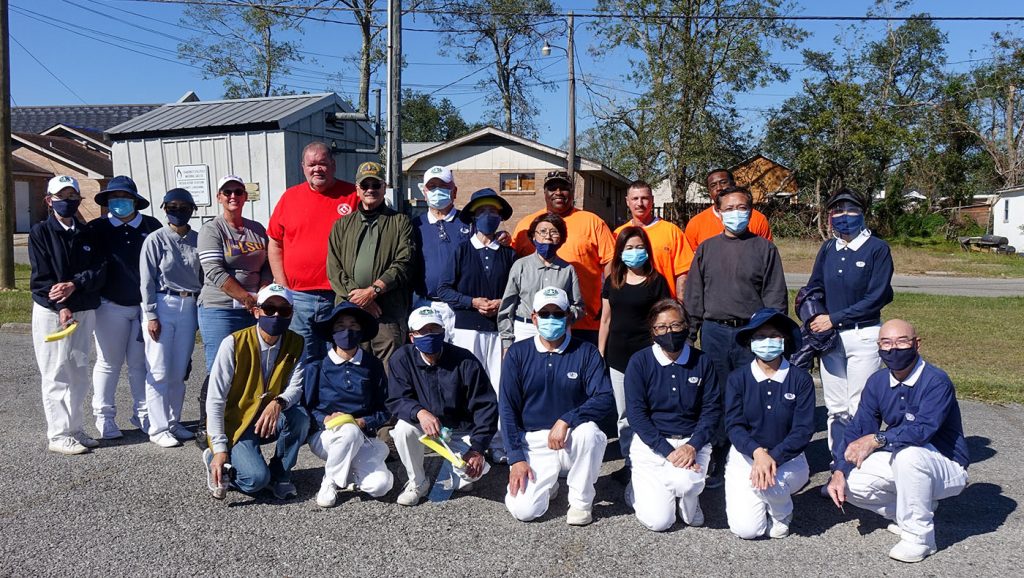 Several new volunteers participated in this distribution, Barbie Fortenberry of Wharton, Texas, among them. She has been instrumental in assisting Tzu Chi USA in its Hurricane Harvey long-term recovery assistance. As a disaster survivor herself, Barbie is now passionate about helping people and was so enthusiastic about this opportunity to help those in need, paying forward the kindness she felt Tzu Chi had given her and the residents of her hometown.

Three Vietnamese volunteers had also come to help out. One of them, Beatrice Pham, had initially only supported Tzu Chi USA’s missions and activities through donations. Then, following Hurricane Harvey, she began to participate as a volunteer at various events and distributions. It was a great pleasure for the seasoned Tzu Chi USA volunteers to welcome all these new participants as they joined the global Tzu Chi family.

During the distribution, many care recipients were curious about what kind of organization Tzu Chi is. When volunteers explained how Dharma Master Cheng Yen founded the organization and shared its mission and principles, many were genuinely touched. A few people immediately went home and wrote a thank you letter to give to the volunteers. 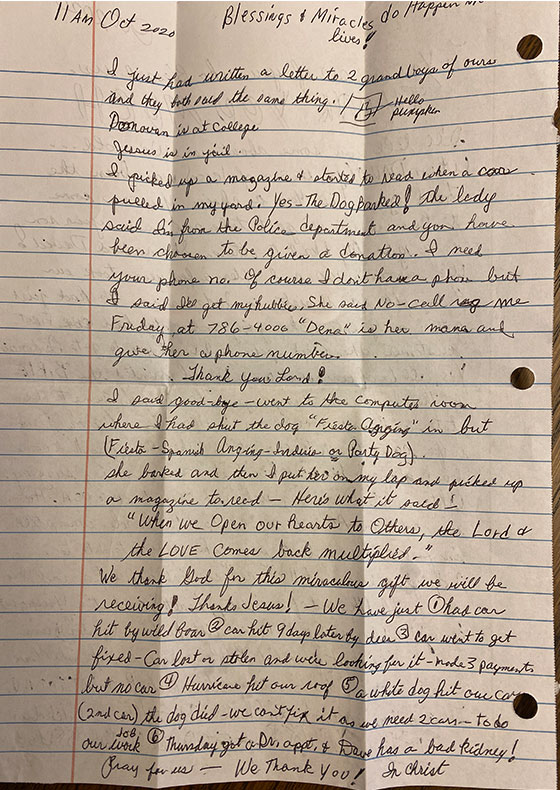 One care recipient prepared a letter in advance, which she gave to a volunteer at the distribution site. Photo/Pen-Chi Liu

With each mission and activity, Tzu Chi volunteers spread seeds of love in one community after community. Their heartfelt wish is that these seeds will sprout and grow so more volunteers will join the Tzu Chi family. After this distribution came to an end, the volunteers returned home tired but with a sincere hope that every family who had received assistance would have peace of mind, at least for a little while. Everyone was joyful and ready for the next call to serve.